7 Ways to Never Get Another Buddy Pass

Flying standby is one of the best perks of working for an airline. Once you understand the system, you can literally fly all over the world for free or at a ridiculously reduced rate.

What does it mean to fly standby? It means you get the extra seats on the plane after ticketed passengers are onboard. If the flight is full, no seat for you and you wait for the next flight. It takes a bit of patience but the price makes it totally worth it. When used correctly, a buddy pass is awesome.

Photo by Erik Odiin on Unsplash

Along with the privilege of flying for next to nothing, comes the ability to give friends and family buddy passes. What are those? They are airline tickets that employees can give to those whom they choose.

A passenger using a buddy pass can enjoy the same perks as the employee. It is your responsibility to act like a decent human being on all of your flights and to be nice to everyone you encounter.

NOTE: In this post, the words pass rider, buddy pass, standby and non-rev will all be used interchangeably. They all mean being able to fly on the dime and time of the airline.

7 things you can do that will ensure you never get another buddy pass from anyone who knows you.

Show up for your flight like you’re dressed for bed

When airline employees fly, there are certain standards that must be adhered to. These standards also apply to buddy pass holders. You can’t show up wearing anything you want as if you were a normal paying passenger.  Remember this passenger who complained on Facebook about not being allowed on a flight?  I was told she was banned from the airline and the employee who gave her the pass got fired.

That’s right, fired. You see, your behavior can have real and lasting consequences on the employee who gave you the buddy pass, including losing their jobs.

Paying passengers are allowed to wear slippers, pajamas, cutoffs, and basically anything they feel inclined to wear while they are flying. Traveling comfortably is necessary, but you can do it and still look stylish. I love this ensemble from Amazon.

Standby passengers do not have that right.

As a pass traveler, you are considered a guest of the company and they don’t want to be represented by a slob in pajamas. Sorry to sound harsh, but showing up in pajamas as a pass rider is unacceptable.

If the employee who gave you the buddy pass values their job and finds out about your attire, you won’t ever get another pass. Therefore, you must make sure you know what you can and can’t wear before you head to the airport. If you want to be comfortable and stylish, this jumpsuit is perfection for you.

Did you know I am planning a luxury private tour to Johannesburg, South Africa? Find out all about it here and sign up! I’d love to show you Africa!

Why would anyone want to be rude to the airline employees that are going to help you get on your flight? That makes absolutely no sense whatsoever. It’s true, some airline employees are horrific when it comes to customer service. Many of them need to be retrained to learn how to deal with human beings. Check out my post on bad travel behavior, you won’t believe some of the pictures!

However, when you are flying on a buddy pass, you need to remember that you give up your right to act like a donkey (well, no one should act like that but a paying passenger has a little bit more leeway). You have a buddy pass which means you are flying at a hugely reduced rate. You simply don’t have the right to be rude.

Did you know I am planning a luxury private tour to Johannesburg, South Africa? Find out all about it here and sign up! I’d love to show you Africa! 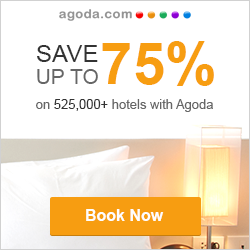 Get mad when you don’t get on the flight

When you fly standby using a buddy pass, you always run the risk of not getting on the flight. Air travel is extremely fluid so a flight that looked great when you left the house can change within minutes because of weather, crew changes, maintenance, or delays. It happens.

Therefore, that seat you thought you were going to get has now been assigned to a paying passenger. There is absolutely no reason to get mad and start acting like a petulant child. You will be rolled over to the next flight and you may get on a seat on that flight. Emphasis on the may.

Flying standby is always a risk but if the employee knows how to use the system effectively, and you listen to them, you should get to where you are going.  Getting mad does nothing but make you more upset and make the gate agent less inclined to want to help you.

Don’t get on the flight the employee told you to get on.

Often that means you will be getting on a flight that isn’t at the best time (I mean, who loves 5 am flights?). Super early morning flights are brutal, but those are usually the ones that are the best for this standby life. If an employee tells you to be on the 5 am flight, don’t ask if you can get on the 12 pm flight.

The employee has already looked at all of the flights for the day you need, and they are giving you your best options. Asking to fly during peak times instead is irritating to say the least.

Remember, using a buddy pass means you only get to fly if there is an empty seat. Flights at optimal times are almost always full. It’s great when your desired time and open seats merge, but that isn’t often.

I have had people not listen to me and want to take later flights. The early flight I told them they needed to be on wasn’t something they wanted to do.

The flight they chose was full so they had to wait. When they needed to extend their trip because of the delay, I got a call wanting me to help. When that happens, I am no longer interested nor inclined to help you because…well…I told ya so.

If someone is going to do you a huge favor and give you a buddy pass, shouldn’t you be willing to get on the flight they tell you to? Please don’t question them or their expertise. Just accept the favor and do what the employee says. Don’t want to listen? I recommend buying a full fare ticket.

Attitude. Boy oh boy. I’m sure all of us have seen a video of people getting attitudes with any and everyone at the airport, they are not pretty. Please, do not be this person. Getting an attitude with airline employees won’t get you one step closer to getting on the airplane. In fact, it will make anyone who is supposed to help you, not want to.

No one should be entitled, not even royalty. But certainly, not someone who is using a buddy pass to get from point A to point B. Check yourself and your privilege and make sure you don’t think you are owed a thing.

Complain to the employee who gave you the pass about anything to do with your privilege of flying.

Now, this is completely unacceptable. Do not ever, I repeat, DO NOT EVER complain to the person who was nice enough to give you a buddy pass about any part of your trip.

I had someone ask me for a buddy pass from Europe to The USA. I was happy to give it to them, and they had to pay around $150 in taxes for a last-minute ticket from Europe to the East coast. Well, when this person got to their connecting city, they had to wait several hours until they could get to their final destination.

Instead of just relaxing and basking in the glow of only spending $150 for an international ticket, they said to me, “I wish I had just bought a ticket! I hate all of this waiting.”

Oh really? Got it.

Fast forward to six months later, that same person wanted another ticket. Do you think I gave them one? I surely did not. You cannot expect to be gifted with such a wonderful perk if you don’t appreciate it.

Now you know all the ways NOT to act with a buddy pass. I know you knew better than to do any of these things though, right? So pack your bag, grab your passport (with one of my fabulous passport covers, of course) and enjoy. I can even help you save money while on your trip.

15 Ways To Be An Excellent Airbnb Host

25 Practical Ways To Prepare For a Hurricane

She speaks fluent English, French and Spanish, and works for a major airline. And guess what? She’s also a licensed elementary teacher and has an MBA.

All You Need To Know About Spirit Airlines Baggage Size

How To Travel With Kids:10 Tips That Will Help You Not Want...

Looking for Delta Sigma Theta products? My family business is a licensed DST vendor! Click here for our products